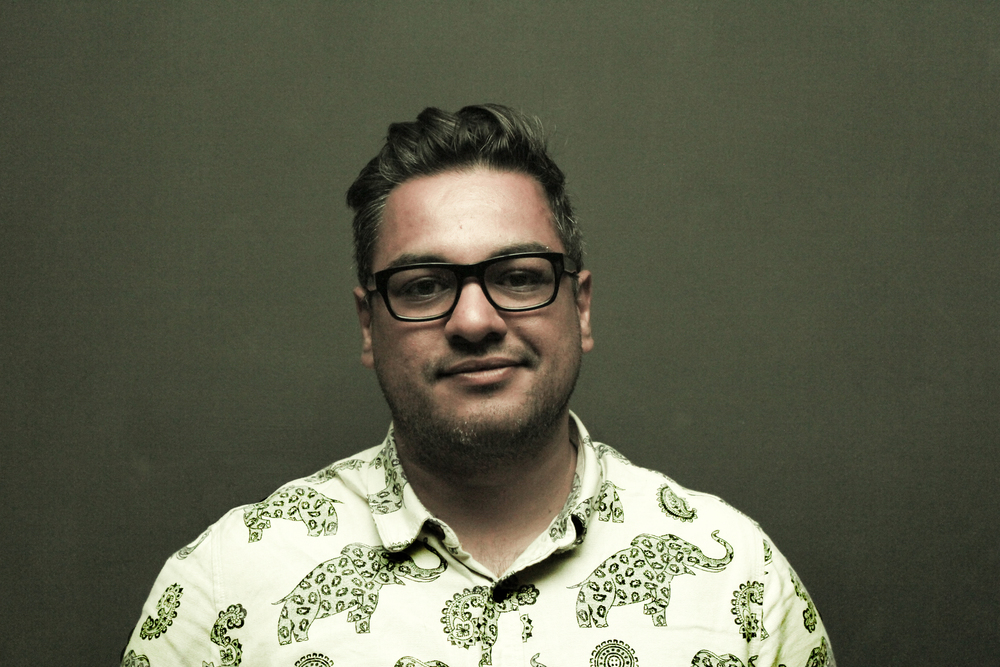 If you follow publishing conversations on Twitter, then you probably already know Nikesh Shukla. He’s on the platform daily, calling out the paper-whiteness of UK publishing, and sharing his efforts to bring about change.

It’s not clear whether he actually sleeps because in between tweets he writes columns for The Guardian, records the Subaltern podcast, writes books and screenplays and sits on numerous panels. Maybe he plans to sleep when he’s dead. In the meantime, he is disrupting the hell out of UK publishing.

Here are four ways Nikesh Shukla is changing the game.

Nikesh writes across ages, genres and styles, infusing all of his work with his Indian/British heritage. His books include:

The One Who Wrote Destiny, 2018 – The action in this novel moves between Kenya, New York and the UK as three generations of the Jani family learn to cope with loss, partings from places and people and the question of destiny.

Run Riot, 2018 – After two teenagers film a youth being assaulted by police on their estate, they find themselves hunted by the very people who should be protecting them.

The Boxer, 2019 – Seventeen-year-old Sunny joins a boxing club to learn how to protect himself after a racist attack. There he finds the community he’s been seeking; but as racial tensions flare in his city, he fears he could lose a new best friend to far-right radicalisation.

He gives minority writers a platform

In 2016 Shukla launched a crowd-funding campaign to raise money for an essay collection. The project was successfully funded in a stunning three days. It resulted in The Good Immigrant, a collection of essays by Black and Asian writers that explore what it means to be a person of colour in the UK today.

The book was a response to the idea that immigrants are bad by default, that they are job stealers, benefit scroungers, and criminals. Shukla wanted to interrogate the notion that British racial minorities only become ‘good immigrants’ when they do something exceptional, like win an Olympic medal, or rescue a child from a burning building.

The collection showcased some astoundingly talented UK authors, sold in the thousands and was named the British public’s favourite book of 2016. It was so successful Shukla was persuaded to create a US version. The Good Immigrant USA was released this year and he has followed up on the success of The Good Immigrant with The Good Journal,

He searches for new talent

The grime artist, Stormzy, launched his publishing imprint #Merky Books last year. The imprint has since unveiled a new writers’ prize for authors under 30. The goal of the prize is to “promote the stories that aren’t being heard, and to find the best writer of a new generation”. Nikesh Shukla will help run the award and serve on the judging panel.

He makes films about race

In 2014 Shukla co-wrote Two Dosas, an award-winning short film starring (Eastenders star) Himesh Patel. In the hilarious film, a geeky guy tries to impress his white date by taking her out to an authentic Indian restaurant. He is horrified when she goes off menu.

There’s no telling what Nikesh Shukla will turn his hand to next. If you want to keep up with his latest exploits, follow him on Twitter @nikeshshukla.

Learn more about the Merky books writers’ prize at penguin.co.uk.

Nikesh ShuklaThe Good Immigrant
You May Also Like
Viola Davis’ ‘Finding Me’, a memoir about struggle, success and self loverebecca@visionaryarts.org.ukMay 5, 2022May 5, 2022