Spotlight on… Mika Johnson on exploring masculinity and lesbianism for Black womxn: ‘I want the next generation of queer kids to know that we’ve always been here’

Spotlight on… Mika Johnson on exploring masculinity and lesbianism for Black womxn: ‘I want the next generation of queer kids to know that we’ve always been here’Visionary ArtsJuly 12, 2019July 12, 2019 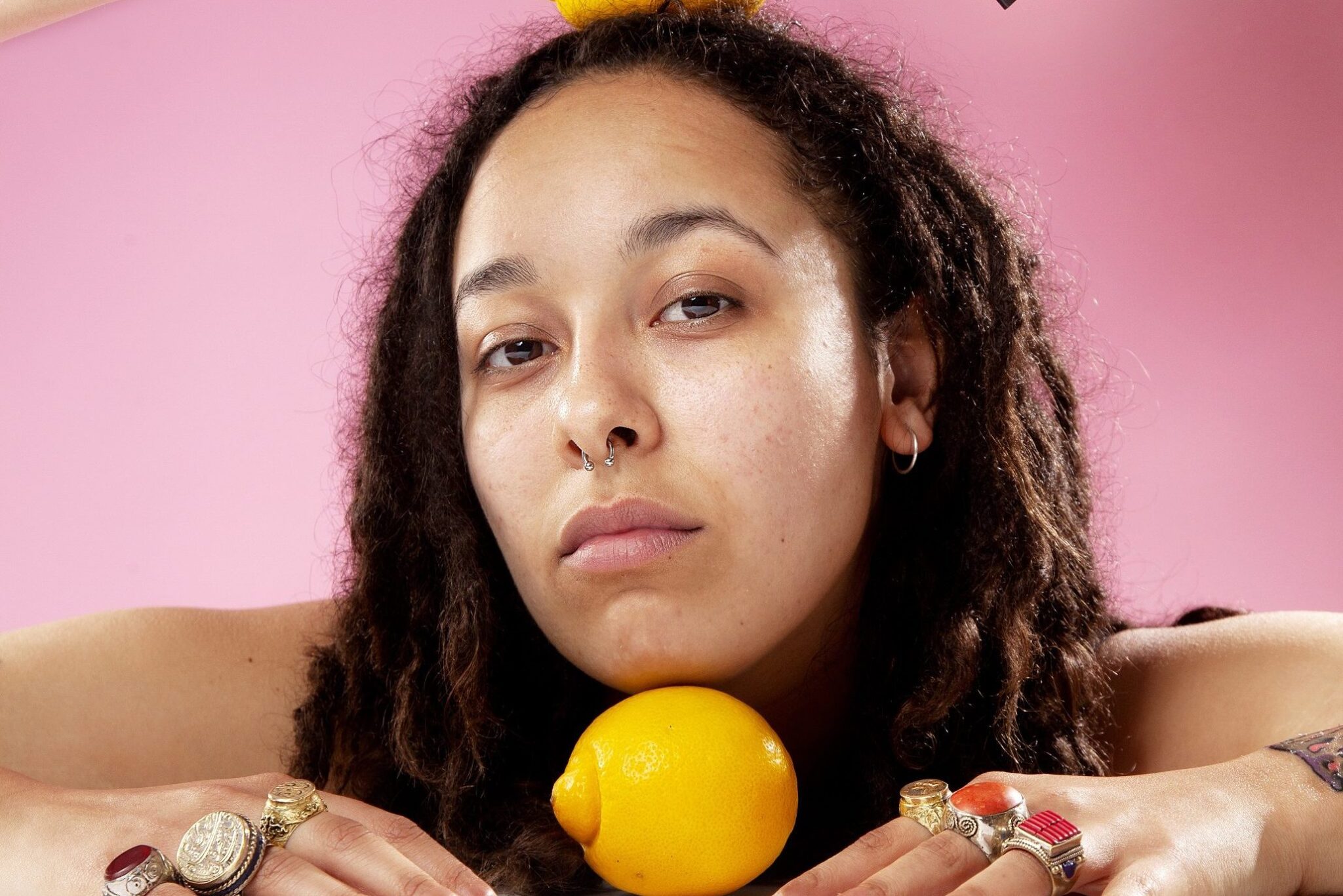 Mika Johnson’s Pink Lemonade is a multi-disciplinary solo show, exploring masculinity and lesbianism in Black womxn. Fusing spoken word, bashment, original sound and movement, Pink Lemonade deconstructs micro-aggressions and explores the discourse around the fetishism of Black and Brown bodies. It comes to the Edinburgh Fringe this year as part of HighTide and Assembly’s Disruption programme.

Why did you want to make Pink Lemonade?

Honestly, I wanted to speak my truth; it can be difficult making work that’s autobiographical but I guess I was fed up of not seeing myself represented in theatre so I wanted to make a show that spoke to other queer people. Often, the assumption is that queer/trans people have the same experiences and it’s just not the case; we’re so multi-faceted, there can be so many intersections that make up a person’s identity and that dictates how they’re treated and viewed in society – it’s important that we remember that so many queer/trans stories have been erased from history.  We’ve always existed and I’m really passionate about our stories being told. I want the next generation of queer kids to know that we’ve always been here and will continue to be.

It’s your first solo show, were you nervous about performing it?

Haha! I was nervous, I feed off that though – being nervous is completely normal and yes this is my first solo show so I’m really happy I’m getting to bring it to Edinburgh with HighTide.  It’s also my first time in Edinburgh so it’s going to be an exciting experience.

“I now identify as non-binary, transmasculine and since then I’ve really noticed how much harder it is for black/brown femmes to exist.”

What is the piece saying?

Pink Lemonade is ultimately about accepting yourself and growing from past relationships.  It also looks at masculinity and how my character is trying to navigate that; the story follows my character revisiting a relationship they had that left a significant mark on them.  It’s about them moving past that time and embracing who they are today. I identify as non-binary, transmasculine and I’m still trying to reimagine what masculinity looks like for me. I think masculinity needs to be reframed throughout society and, in the show, I’m addressing how society can impact the way we see ourselves.  It’s important that we think about some of the assumptions and judgements we make about people; I’m exploring some problematic issues in the piece but the show is a vibe.

When discussing your work, have you encountered people who just don’t get it?

Honestly not really, I think people have been more intrigued and curious about the show.  For white cishet people especially it’s a chance for them to step into my world, this one specific queer experience.

Has anyone argued with you about it?

No I’ve had no arguments….so far haha there’s still time though.

“I was fed up of not seeing myself represented in theatre”

What societal pressures exist for Black womxn that don’t exist for other ethnic groups?

The demonising of black womxn goes way back; it’s born from white supremacy, the system is against you and so it makes it harder to navigate the world.  Literally on a daily basis when all you’re trying to do is exist, racism is embedded into our society, black womxn are always doing the work, are constantly having their bodies policed and culture appropriate.  You can’t separate race from gender, or sexuality from rac.  Black womxn are constantly having to work twice as hard in all aspects of life, trying to dodge the violence and stay alive a lot of the time. I now identify as non-binary, transmasculine and since then I’ve really noticed how much harder it is for black/brown femmes to exist.

The performance talks about micro-aggressions you’ve encountered, tell me about some of those.

I watched Gina Yashere on ‘The Standups’ on Netflix and she said something so on point about British people being ninja racist, That’s exactly it! Micro-aggressions are so insidious and covert they just creep up on you, just like gentrification! I have experienced a lot of micro-aggressions from white womxn I’ve dated; I address it in the show, mostly the fetishisation of my body and also from straight black womxn, making inappropriate comments about my queerness.  It’s so problematic but when it’s happening sometimes and your ego is blown up you don’t even recognise that this sexualising is an issue.

I’m curious about the inclusion of bashment music, which typically includes some gay-bashing lyrics…

Yeah I mean for a lot of black queer folks it’s about reclaimant.  Honestly, for me, the way the track is used in the show it’s about shining a light on part of my community and addressing how transphobic and homophobic it can be at times.  I’m interacting with a white girl in this scene and I’m exploring this fetishisation and appropriation of black culture.

Edinburgh FestivalHighTidePink Lemonade
You May Also Like
For Black Boys: ‘An autopsy of the heart of a Black man’.rebecca@visionaryarts.org.ukApril 29, 2022April 29, 2022