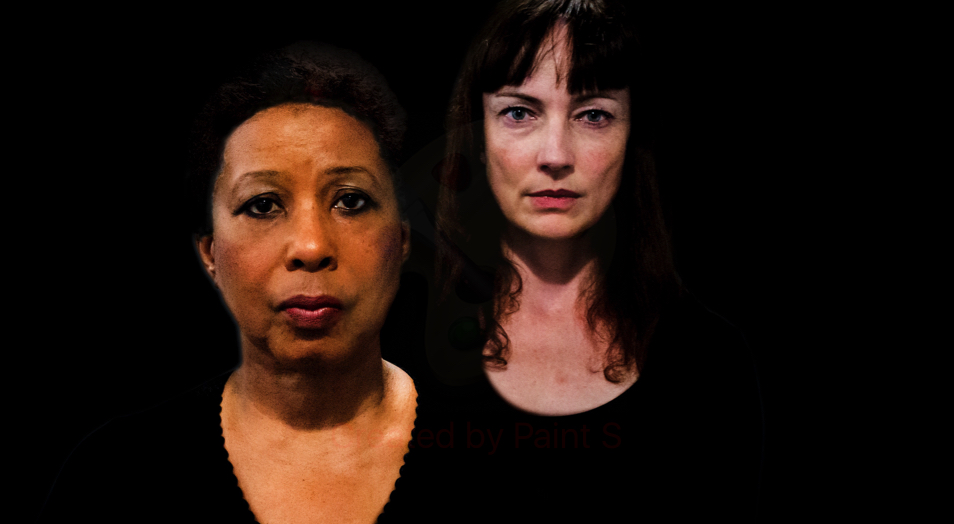 Shortlisted for the Alfred Fagon Award, seeds embarks on a UK tour in 2020. Sensitively written by Mel Pennant, it tells the story of two mothers united in sorrow, unable to escape the tragedy and violence of knife crime. Together, they try to face the hardship of protecting their sons – one in life, and one in death. It comes to Leeds Playhouse, Live Theatre, Derby Theatre, Warwick Arts Centre, Stephen Joseph Theatre, Traverse Theatre and Soho Theatre in early 2020. Anastasia Osei-Kuffour is the director.

Hello Anastasia! Where are you and what can you see?

I’m currently at the airport, waiting to board a flight to Ghana where I’m going for Christmas and the New Year.

What are you reading right now?

I’m currently reading a book called Into the Woods, How Stories Work and Why We Tell Them by John Yorke, I’m topping up my knowledge!

Tell me about seeds.

Seeds is about the mothers of two boys involved in a horrific stabbing. The play begins on the 15th anniversary of Michael’s death as Evelyn, his mother, is gearing up to honour his memory. She has his birthday cake ready and is planning to make a speech designed to encourage people to keep fighting for justice. Jackie the mother of Dan, who was one of the boys accused of the killing, turns up at Evelyn’s house. We watch as these mothers talk, both trying to protect their boys, one in death and the other in life and we see them trying to piece together what actually happened to Michael.

Where are you at with seeds? have rehearsals happened yet?

We’ve just finished casting and I’m currently working with Set and Costume designer Helen Coyston on what the show will look like. Rehearsals start at the end of January.

What first attracted you to seeds?

I love the fact that the play is centred on the stories of two middle-aged women, something we don’t see very often on stage. The rise in knife crime in the UK is terrifying, this play looks at the families affected by it. It is my ambition to direct plays that address real-world issues, issues that feel urgent, with the hope of being a catalyst for change. This play is exactly in line with that. I find it compelling that we focus on the mothers, the ones who bring these young people into the world, the ones still dealing with the aftermath of such a tragedy years after it’s happened, years after the media have lost interest. These are the forgotten ones left to get on with life whilst suffering with deep trauma. I’m glad that we draw attention to them in this play.

You were originally going to study law, what made you change direction?

When I finished law school I was volunteering at a youth group and we planned to put on a play, I hadn’t forgotten my love for theatre and telling stories from secondary school, so I wrote and directed a play with the youth for the youth. It was a challenging but really rewarding experience —  seeing young people react vocally to the drama and bop their head to the music within the show was a highlight. The thrill of that made me want to know how to do it better so I applied for the Introduction to Directing course happening at the Young Vic. Whilst learning what directing for theatre involves, I realised that if I could direct and tell stories for the rest of my life I’d be happy, I’d found my love! Realising this meant I couldn’t continue pursuing law, I began the (financially) painful change from a law career to pursuing a career as a theatre maker.

“The fact that the majority of people I saw in the industry where white and middle-class made me feel like a fish out of water as a Black, working-class, female.”

How have you found the industry as a relative newcomer and as a young black female director?

I found it a very different industry to law, I had to move away from my logical and literal mindset and start to think more creatively about everything. I remember assisting directors and realising that in theatre rules can be set up and broken and that that is actually a good thing.

The idea that you can create something out of nothing and that that thing you’ve created can impact and touch people was compelling, but it was difficult to find ways to do that as a newcomer.  The fact that the majority of people I saw in the industry where white and middle-class made me feel like a fish out of water as a Black, working-class, female.

It was being involved with the Young Vic that encouraged me that people like me had a place in the industry — they were actively working on diversity and encouraging directors from various backgrounds to pursue a career in it. They gave me my first significant job, as Boris Karloff Trainee Artistic Director on A Doll’s House. Over the nearly eight years since I started pursuing a career in theatre, I have battled the challenges of freelance life, struggling to make ends meet financially like many do but I’ve also had to battle constantly being seen as a risk, or always in-training rather than someone who is competent enough to create strong work. I doubt that I’d have had to battle as much if I was a white male director. After nearly eight years of working hard, I’m only now starting to feel that people believe in me and my ability as a director.

“Diversity is so important so that we minimise prejudice and unfair discrimination. “

How does this compare to the law?

I think in law I would have faced some of the same struggles, I certainly felt that feeling of being a fish out of water when I was at law school doing my Graduate Diploma in Law. The majority of the people I was surrounded by were White Oxford or Cambridge graduates and I was unfamiliar with their social codes and norms. In both industries (law and theatre) it’s about who you know and who likes you, that’s why diversity is so important so that we minimise prejudice and unfair discrimination.

What advice do you have for anyone who has begun on one career path but thinks they might want to change?

If you can see a way to make it work financially, go for it, life is too short to spend the majority of your time doing something you don’t love. Time is precious, I can testify to the fact that it is truly great to wake up every day motivated and joyful to work because you love what you do.

knife crimeQ&A
You May Also Like
For Black Boys: ‘An autopsy of the heart of a Black man’.rebecca@visionaryarts.org.ukApril 29, 2022April 29, 2022