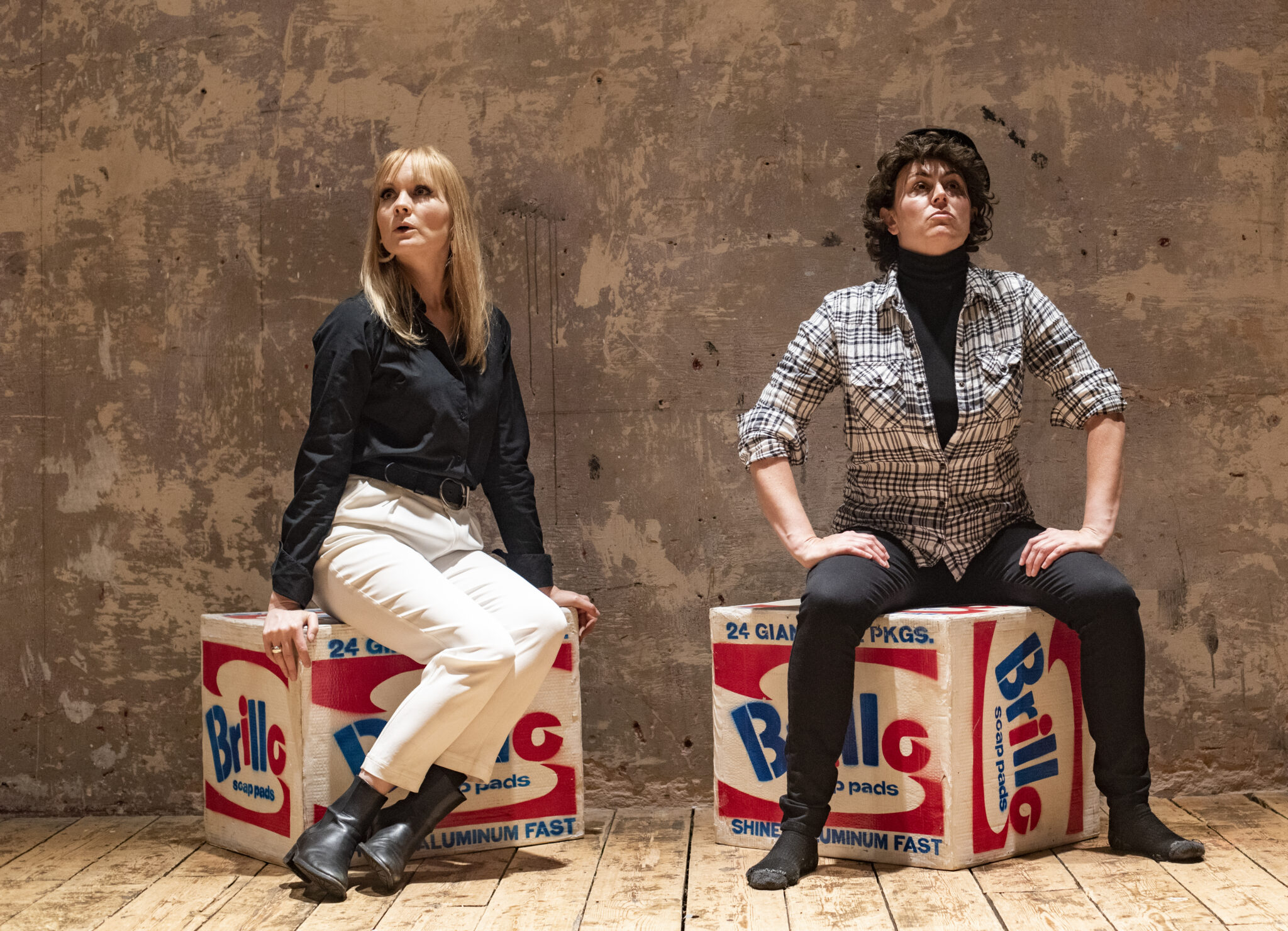 Polly Wiseman is the writer and performer of Femme Fatale, which tours Sussex 21st September to 3rd October before arriving at The Omnibus Theatre, London on 8th – 28th October.

“Life in this society being, at best, an utter bore and no aspect of society being at all relevant to women, there remains to civic-minded, responsible, thrill-seeking females only to overthrow the government, eliminate the money system, institute complete automation and destroy the male sex.”

So wrote Valerie Solanas in her 1967 SCUM Manifesto (Society for Cutting Up Men). Solanas is remembered mostly as the angry ‘feminazi’ who shot Andy Warhol, but she was an influential Second Wave feminist. When I read her SCUM Manifesto I found it both hilarious and utterly relevant to my life.

The reason Solanas shot Warhol is interesting: she believed he’d plagiarised her playscript, Up Your Ass, for one of his movies. Having watched Warhol’s Women In Revolt, I concluded that he did indeed use similar ideas and turns of phrase. And it turns out hers wasn’t an isolated case. Japanese artist Yayoi Kusama complained Warhol stole the idea for his Cow Wallpaper images directly from her One Thousand Boats Show. Warhol, then, exemplifies the entitled male who believes he can grab what he wants with no consequences: all the money, the power, the ideas. And the world isn’t doing so well under their control. Whilst I don’t agree that all men must die, I think cis, white, het men could stand to sit down, shut up and hand the rest of us the reins for a while.

It astounds me that it took until a couple of years ago for the #MeToo and #Times Up movements to happen: women collectively saying, enough. We won’t be exploited – sexually, financially, physically, intellectually –anymore. The battle for sex and gender equality still hasn’t been won and 100 years after we achieved the right to vote, womxn are still fighting for control of their bodies and their stories. In some ways, things seem to be going backwards. Populist right-wing governments worldwide have begun to repeal womxns’ rights: access to abortions, protection from domestic violence, swingeing cuts to public services that penalise us most of all. I, and many of the womxn I know, are really angry.

As a writer/performer making a show about Solanas, I’ve been shocked to realise how much hasn’t changed for women since then. Femme Fatale is a darkly comic drama about fame, failure and feminism and Valerie Solanas is one of its two characters. As Sophie Olivia (who plays Valerie in the show) says, people are still far too scared of female rage. We don’t need to stifle it, soothe it, medicate it away. We need to listen. We need to act. We need to overthrow the system and band together to save the world.

That’s why, alongside my show, Femme Fatale, we’re making a new feminist Manifesto for 2019. Taking inspiration from Solanas’ Manifesto – which called for the destruction of men (which we don’t agree with!) and the creation of a female utopia – we’re asking for the help of womxn and their allies to state a list of demands to make the world better for womxn today.

A physical version of the manifesto will tour the south-east with Femme Fatale during September/October, before coming to Omnibus Theatre, London from 8th-27th October. At the end of the tour, once we’ve gathered everyone’s demands, we’ll take them to policymakers and start a conversation about what needs to change for womxn. That’s our way of honouring Valerie Solanas’ legacy.

People can contribute even if they don’t come to the show by writing their demand down, taking a photo, sharing it to Instagram/Twitter using #SCUM2019 and tagging @SCUM_2019_

#SCUM2019MeTooPolly WisemanSCUM ManifestoValerie Solanas
You May Also Like
For Black Boys: ‘An autopsy of the heart of a Black man’.rebecca@visionaryarts.org.ukApril 29, 2022April 29, 2022