NOMINATIONS: TV show of the year 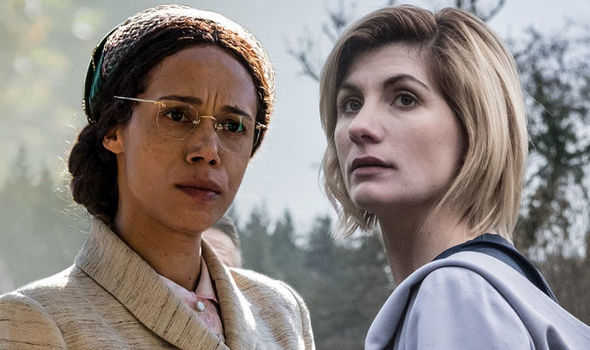 The BBC’s flagship show has taken the organisation’s ethos of diversity to its heart. The series opens with a new female Doctor (Jodie Whittaker) and two new ethnic minority companions, played by Tosin Cole and Mandip Gill. The initial scenes show a young, black dyspraxic man (Cole) learning to ride a bike and the series then goes on to tackle thorny issues about racism in the UK, class barriers and gender-parity, all while travelling through space and time and fighting aliens.

There She Goes – BBC4

Comedy about living with a disabled child hasn’t been a feature on our screens since A Day in the Death of Joe Egg in 1972. This fresh comedy drama running along similar lines, stars David Tennant and Jessica Hynes who shine a light on the day-to-day life of a family looking after their severely learning disabled nine-year-old girl, Rosie.

In a groundbreaking episode for the long-running series, the Knife Crime episode involved the families of the real-life victims addressing the camera to tell their experiences of knife crime. The episode was set during the fictional funeral of  Shakil, played by Shaheen Jafargholi, who was stabbed in the series during a knife attack after his friend Keegan Baker stole a bike. The episode ended with them standing outside a church, holding up pictures of their loved ones, as the coffin was carried past to the sound of “Abide With Me”. The episode received praise from viewers and critics for its stance against knife crime.

Lennie James in Save Me (Sky Atlantic)

Save Me – Sky Atlantic

The Walking Dead’s Lennie James wrote and stars in Sky Atlantic’s Save Me, about an ex-copper whose daughter is kidnapped and his desperate hunt to fnd her. One aspect that stands out is its clear and nuanced evocation of a community in a run-down area of south-east London, that refuses to succumb to clichés.

This long-running series, which first began in 2013, is now into its 11th season. 2018 saw the real-life daters in the First Dates restaurants proving that all people from all walks of life can find love. Standout episodes from the past year include the Christmas 2018 episode in which a 101-year-old went looking for love and series 11 episode 4, in which transgender make-up artist and model Danni met bar manager Aiden, the tallest man to ever enter the First Dates restaurant.

AwardsVisionary Honours
You May Also Like
Q&A with Poetic Unity founder Ryan J. Matthews-Robinsonrebecca@visionaryarts.org.ukMay 13, 2022May 13, 2022