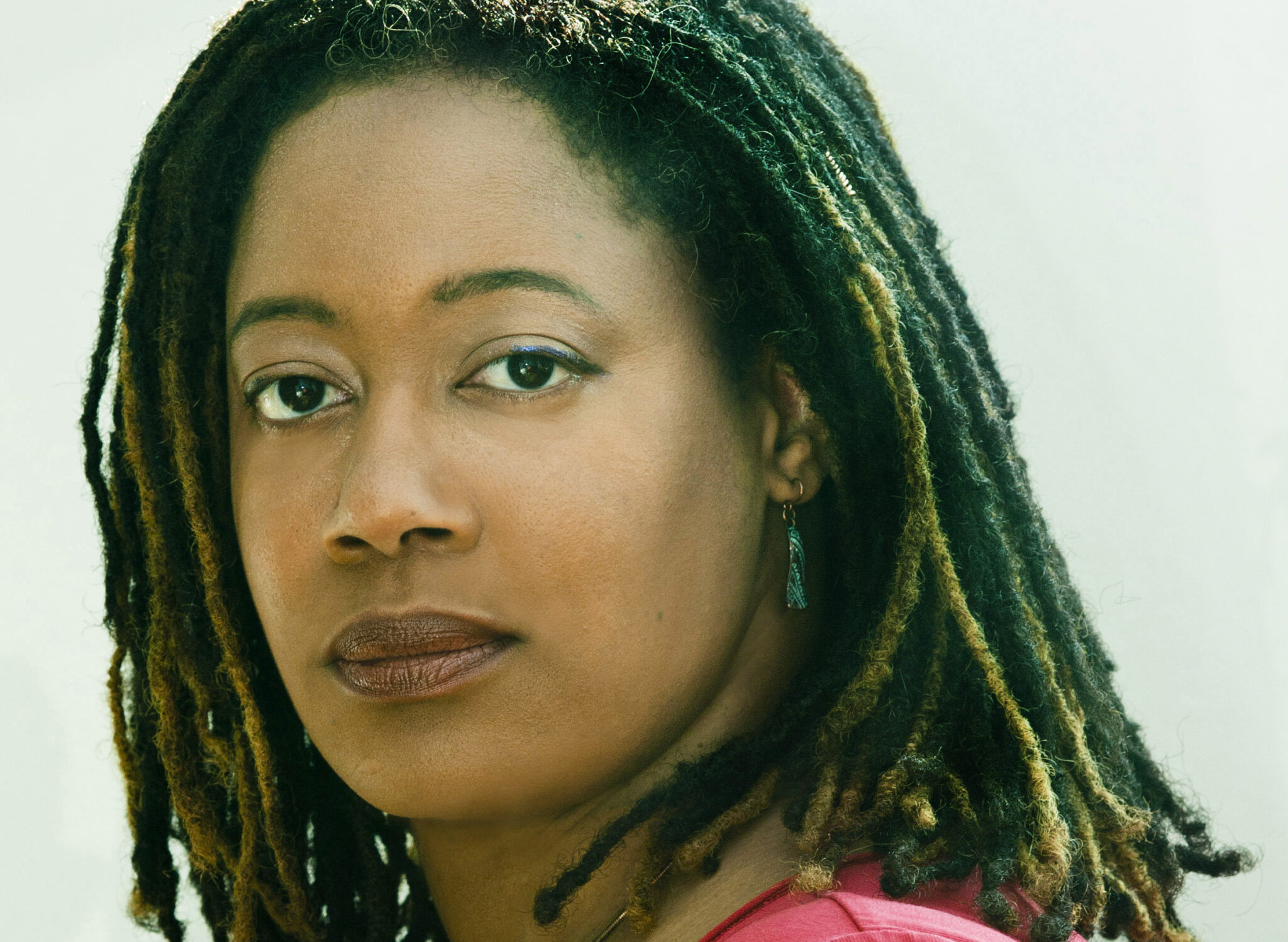 NK Jemisin is a science fiction writer, a qualified psychologist, and a complete badass. Despite winning the top Hugo Award for sci-fi and fantasy fiction three times, there are still some people who haven’t yet heard of her. Here’s why you need to read her books.

She juggled a full-time job with novel writing for years

In 2015 NK Jemisin was working as a psychologist in New York and writing a thousand words every night after work. She’d already written five novels but recognition was slow to come. It took the release of her sixth novel, The Fifth Season for the world to sit up and pay attention. She has since won a slew of awards, written two sequels to The Fifth Season, and quit her day job to write full-time.

Jemisin’s stories are hugely imaginative and often explore cultural conflict and systems of oppression. While many science fiction stories imagine a world where a good, functional social order is threatened by a destabilising force (i.e. Lord of the Rings), Jemisin often creates worlds where the status quo is broken and needs to be overhauled. She says:

The story takes us to an alternate world called The Stillness, where humans are plagued by terrible earthquakes. The most severe quakes lead to near-extinction events called “Fifth Seasons”. The current civilization has survived for centuries by harnessing the power of orogenes – people born with an ability to control their environment. The orogenes can stop earthquakes or start them. Despite their power, the orogenes live in fear. They are hunted by regular humans and either killed or sent for training so their gifts can be used by the empire.
The trilogy begins with the story of one orogene. A woman whose husband has just murdered her son and kidnapped her daughter. A woman who by book three will have the power to decide whether to save the world or destroy it.

She’s cleaning up at sci-fi awards

The Hugo Awards are a set of literary prizes presented every year to recognize the best works of science fiction and fantasy. They’re basically the Oscars of the sci-fi writing world.

In 2016 Jemisin became the first black person to win the Hugo award for Best Novel. Her win was significant because, well, it’s like winning an Oscar. But also because science fiction is notoriously white and male.

In 2015 a group of (white, male) science fiction writers complained that the Hugos were becoming “an affirmative action award” that favoured women and writers of colour. In response, they organized themselves into a voting bloc and launched a campaign to game the awards and prevent women and writers of colour from winning. Their efforts were successful. The resulting nominees that year were largely white and male. To counteract the manipulation, there were no prizes awarded in an unprecedented five categories. After the awards ceremony, the Hugo Awards organisers had to go back to the drawing board and redesign the voting rules to prevent the tactic working again.

“As this genre finally, however grudgingly, acknowledges that the dreams of the marginalised matter, and that all of us have a future, so will the world.”

It was therefore quite a feat when a year on from the madness, Jemison snapped up the Best Novel award for her book, The Fifth Season. A year later she won again with the sequel, The Obelisk Gate. And just to fully incense the haters, she made it a hat-trick in 2018 snagging the award a third time for the last book in the series, The Stone Sky. No other writer has ever won the top award for three consecutive years.
When she collected her award, Jemisin said:

“As this genre finally, however grudgingly, acknowledges that the dreams of the marginalised matter, and that all of us have a future, so will the world.”

She’s coming to your TV

In 2017 the American cable network, TNT announced it was working on adapting The Broken Earth series for TV. They pulled in the producer of the show Sleepy Hollow to write the pilot, and one of the key writers of Heroes to executive produce. Stay tuned for more developments.

She has a new book

Obviously, you have to start with NK Jemisin’s older works. But it might get your gears moving a little faster to know there’s new work on the way. In October Jemisin will be releasing a new novel, The City We Became. It’s the story of five New Yorkers working together to defend their city from an ancient evil.