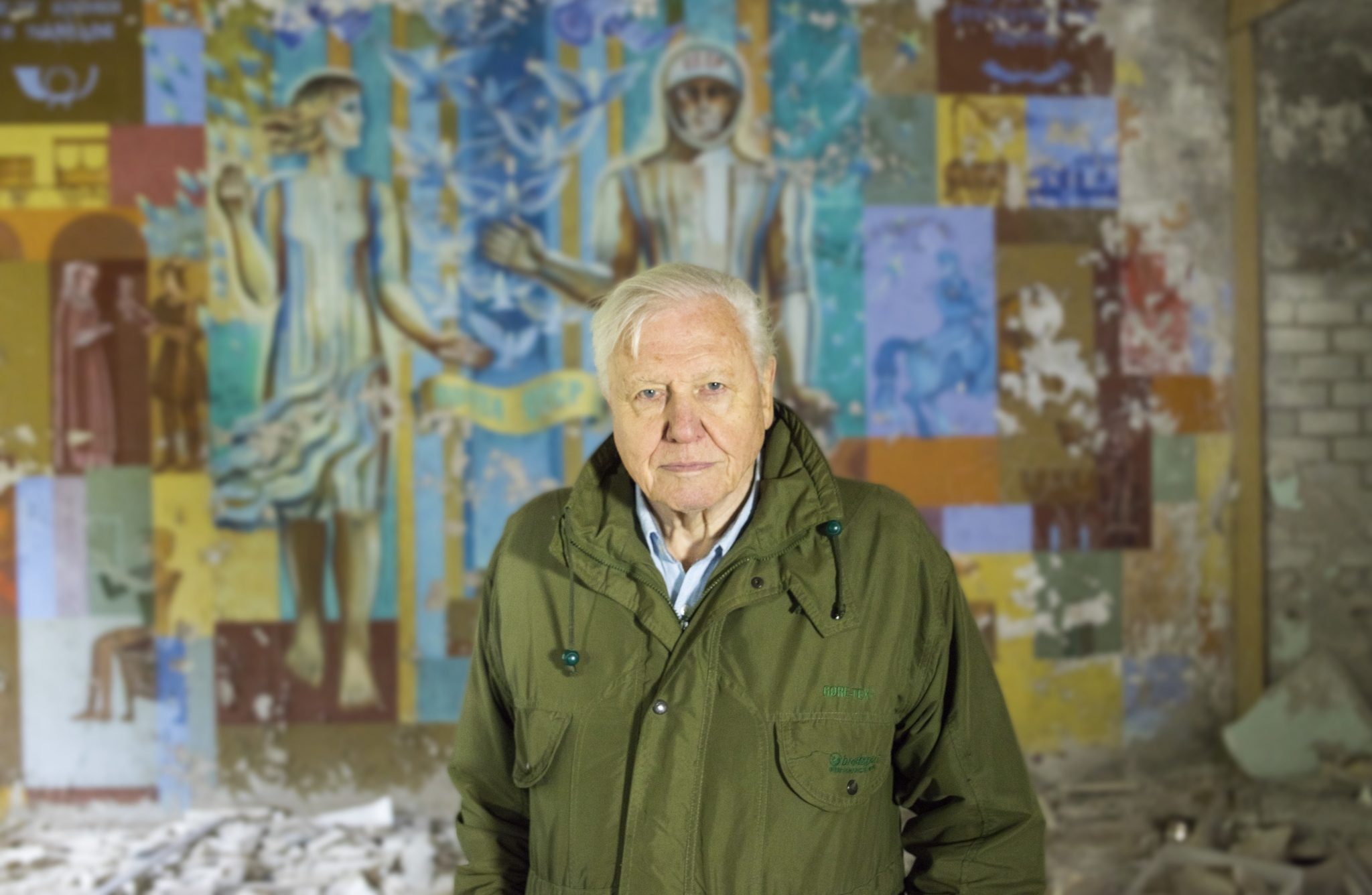 According to a recent report by environment in the arts charity Julie’s Bicycle (juliesbicycle.com), Over the past six years, theatres, galleries, museums, music venues, festivals and other cultural organisations across the country have taken great strides to improve their environmental practice. From Royal Court Theatre and The Poetry Society, to Turner Contemporary and Glyndebourne Opera House, these organisations are emerging as leaders and key collaborators in sustainability. They are also presenting artistic and creative work that raises environmental awareness among their audiences in innovative ways. Here are seven different art forms which are tackling climate change in their own unique ways.

David Attenborough: A Life On Our Planet

The lifelong advocate for environmental and habitat protection has made a film about our urgency and responsibility to act on climate change. Produced by award-winning

more of the natural world than any other.

In his 93 years, Attenborough has visited every continent on the globe, exploring the wild

places of our planet and documenting the living world in all its variety and wonder. As he

Tickets to the premiere of David Attenborough: A Life On Our Planet are on general sale from www.royalalberthall.com, priced from £15. World premiere is Thursday 16 April 2020.

Directed by Scott le Crass with dramaturgy from Rafaella Marcus Rage But Hope examines the effects of the climate catastrophe while offering tenderness, hope and human solidarity. The  Extinction Rebellion movement goes under the magnifying glass: its successes and the revolutionary spirit; the uneasy relationship with the police; it’s need to work urgently on intersectionality with regards to race and class and the results of a de-centralized movement with a multitude of voices within it, some moderate and others radical.

Resolution is the second single released from Cerrone’s forthcoming album DNA, following up The Impact which was released in October. Whereas the Resolution video explores humanity’s toxic reliance on technology and social media, The Impact video (also directed by Perrone) dissects the man-made destruction of the planet through climate change, invoking powerful imagery of various ecological disasters.

Cerrone has also announced a live appearance at London’s legendary Jazz Cafe (7 Feb 2020). Tickets are priced from just £5 and are on sale now here.

“What are you prepared to give up for a more equal society?”– Benjamin Zephaniah

Theatre Absolute’s three-year project, which includes eight new commissions and encompasses Coventry City of Culture in 2021, continues throughout 2020. Humanistan is an ambitious series taking inspiration from the musings on nation and society from writers Benjamin Zephaniah, Francois Matarasso and Ben Okri, and will discuss topics from climate change to democracy. Upcoming commissions include a one-on-one performance from artist Sharon Divine in Autumn 2020.

UN Women role model for innovation, musician and technology pioneer Beatie Wolfe has now turned her attention to climate change and is creating an immersive, endlessly evolving interactive art piece. “From Green to Red” which will track the impact of human behaviour on the planet, using 800,000 years of historic data to a create a stirring visualization of the CO2 concentration in the Earth’s atmosphere. “It’s part music video and part protest song”, Beatie says. “And entirely a statement of our times.” It’s due out in Spring next year.

Filmed at the Climate change protests in London, the campaigning musician has created a protest song  “On & On” taken from his protest album titled The Inevitable Train Wreck.

Letters to the Earth

The anthology, Letters to the Earth: Writing to a Planet in Crisis represents a creative response to the climate and ecological crisis. It grew from the Letters to the Earth campaign by Culture Declares Emergency and weaves together the voices of children, parents, poets, scientists, playwrights, actors and authors including multi-award-winning actor and director Simon McBurney will be joined by other contributing authors – campaigner Minnie Rahman, environmental lawyer Farhana Yamin, poet Nick Drake, author Rob Cowen, co-founder of UK Student Climate Network Daniela Torres Perez, award-winning folk musician Sam Lee, and Mesadorm front-woman Blythe Pepino.