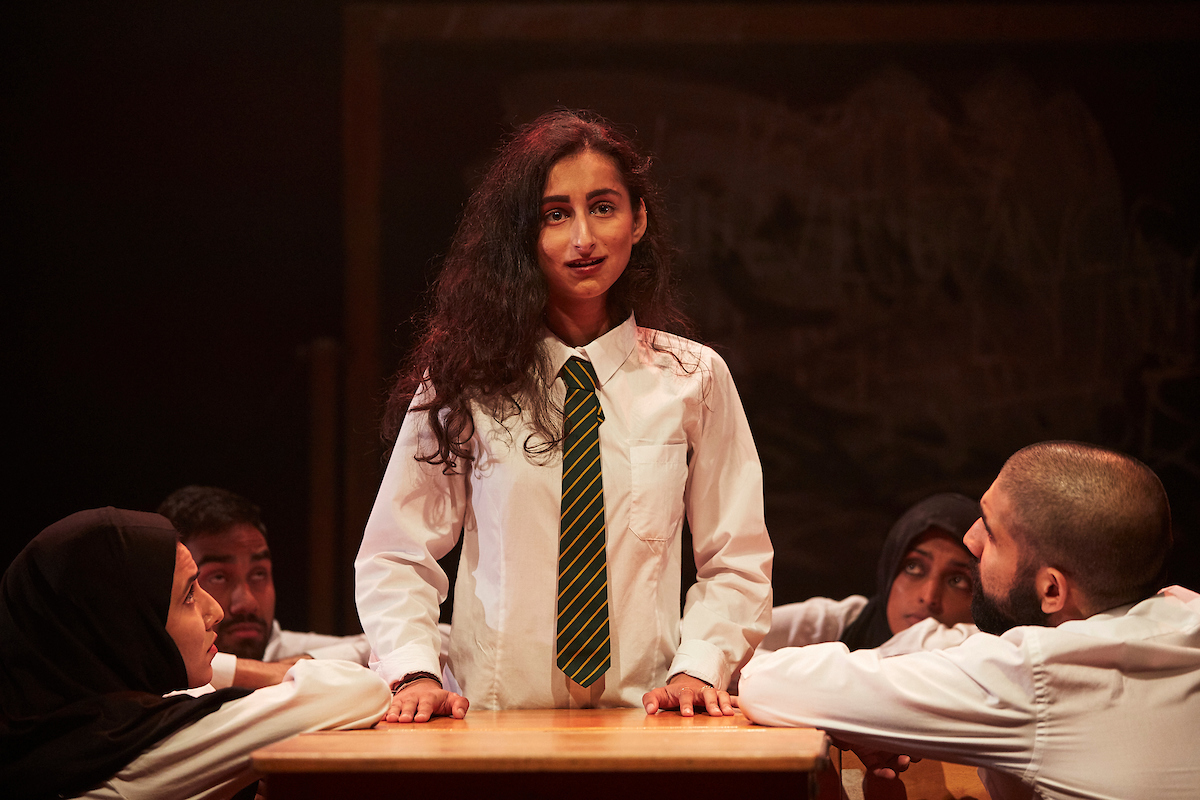 As 2020 approaches, here are a selection of shows grappling with some of society’s most important issues.

There are a huge number of productions opening in 2020 which grapple with social issues that are rarely in the spotlight. These are just a few of them. We’ve tried to focus on a range of topics, along with shows that run in different places too. But there’s plenty more plays out there doing sterling work asking difficult questions of our society. And, in these divided times, that’s more vital than ever.

The ever-brilliant Roy Williams teams up with Clint Dyer on this brand new play, written specifically for actor Rafe Spall. Spall plays Michael, a powerless, angry young man who decides to speak out about legacy and the country that shaped him at his father’s funeral. The one-man piece promises to be a challenging evening that broaches race, identity and class in Britain today and knowing these two writers, will pull absolutely no punches.

LUNG theatre is one of the most exciting young companies around. Using verbatim dialogue and based on first-hand interviews, Trojan Horse shines a light on what happened when Muslim teachers and governors were accused of touting extremism in Birmingham schools. It’s a gut-busting expose of the education system and how prejudice and the media can cause monumental racial division.

Charlene James’ work first opened in 2016 to rave reviews and won the Alfred Fagon Award for Best New Play. It also secured James the George Devine Award for Most Promising Playwright. The piece itself is about FGM in Britain and follows two teenagers who were both who, on the face of it, could not be more different, but who share common ground.

Notes to the Forgotten She-Wolves

Twenty women writers have been invited to rediscover women and non-binary people who have been misrepresented over the course of history in this week of pieces. There are some excellent writers taking part including Winsome Pinnock, Sabrina Mahfouz, Eve Leigh and Amy Ng. Expect to discover people held back by the patriarchy.

Superb theatre company Headlong are teaming up with challenging writer Chris Bush on a reimagining of the Faustus myth that makes the lead in the story a woman. There’s excellent director Caroline Byrne behind the work too, which focuses on the sacrifices that need to be made to achieve greatness.

National Theatre, Dorfman, 22 April to 2 May

Alanna Mitchell’s one-woman work, crafted from her book, focuses on one of the most pressing issues of our time: climate change. Performed by Mitchell herself fresh from a run at the Edinburgh Festival and in Canada, Sea Sick hones in on the state of our oceans. The lecture-cum-performance has already garnered strong reviews and it promises to be an engaging, accessible if wholly troubling dissection of the state of our planet.

This one-person show looks at becoming someone with a cochlear implant. Writer Sophie Woolley explores the impact it has had on her own emotions, life, relationships and identity and tells what happens when twenty years of progressive deafness is suddenly reversed. Rachel Bagshaw, who created The Shape of the Pain about living with complex regional pain syndrome, directs.

Two mothers are at the heart of this play, which was shortlisted for the Alfred Fagon Award, and focuses on them both trying to protect their sons from knife crime. Knife crime offenses have reached a record high in this country and this should be an intense and unsettling look at the real people behind those statistics.

Me for the World

A short run for this piece that is created by young people from Roma and Traveller communities across London. Molly Taylor is the writer, who works extensively with both professional and non-professional performers, and this should be an engaging work that explores voices and perspectives rarely heard in society.

The Political History of Smack and Crack

This coruscating look at the reasons for the heroin epidemic in this country at the height of Thatcherism is both hugely entertaining and eye wateringly unsettling. It ran at the Edinburgh Fringe and Soho Theatre to strong reviews and is inspired by the writer’s own experience in jail and in rehab. The two-hander tells of a relationship that’s a huge mess of drugs, emotions and anger.

Landmark Productions is one of Ireland’s most important companies and this piece, which ran at the Abbey Theatre in 2018, is adapted for the stage by Meadhbh McHugh from Louise O’Neill’s novel. In our #MeToo era it looks at sexual consent through the prism of the story of Emma and one night in a small town in County Cork.

Writer Luke Barnes has teamed up with Leeds Playhouse, the Young Vic and refugees and asylum seekers in both Leeds and London to look at what freedom means to them. The two theatres involved became Theatres of Sanctuary in 2014 and 2016 respectively, and this should be a stark reminder of the plight of refugees and the welcome they receive in this country.

Debris Stevenson brings back her acclaimed piece to the Royal Court which made an impact when it first opened in 2018. The piece tells the story of a girl who is given Dizzee Rascal’s grime album ‘Boy in da Corner’ and how the music allowed Stevenson to redefine herself. The piece features music from grime MC Jammz and is directed by Ola Ince.

A new piece which looks at the history of Indian migrant labourers who worked on plantations around the world after they were brought in to replace slave labour following the abolition of slavery. Border Crossing’s piece focuses on untold characters and stories of the British Empire in two threads, one of the labourers themselves, the other of the performers trying to enact the history.